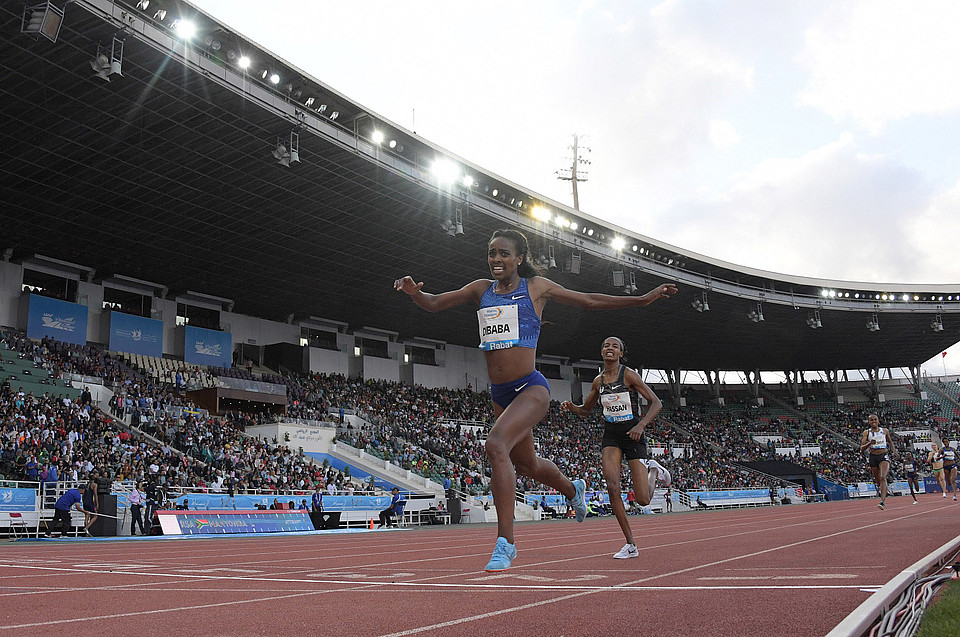 Moroccan champion, Rabab Arafi has kept her promise and broke the national record, improving her personal time by 3:58.84 seconds,

while her compatriot Siham Al Hilali finished the race at 12th position at 4:02.97, her best time in the year as well.
Ethiopian runner Genzebe Dibaba has won the women's 1500-meter track running after heading the race, which has captured the attention of the fans and followers in the presence of the best runners, while heroine Arafi broke the national record after securing the fourth position.
Dibaba has finished the race time within 3: 55. 4, achieving the annual competition’s greatest record the year under the ovation of the Moroccan public.

Sifan has finished the race by securing the second position with a personal best-scoring record, breaking his country's national record at 3:55.93 ahead of the other Ethiopian, Tsegay Gudaf, who remarkably developed his record.

Moroccan Mostafa Smaili came in eighth place at 1:47.47.
Moroccan runner Hicham Akankam has held the second position in the 1500m men's track running at  3:35.85-minute timer, behind of the race winner, Kibet Vincent.