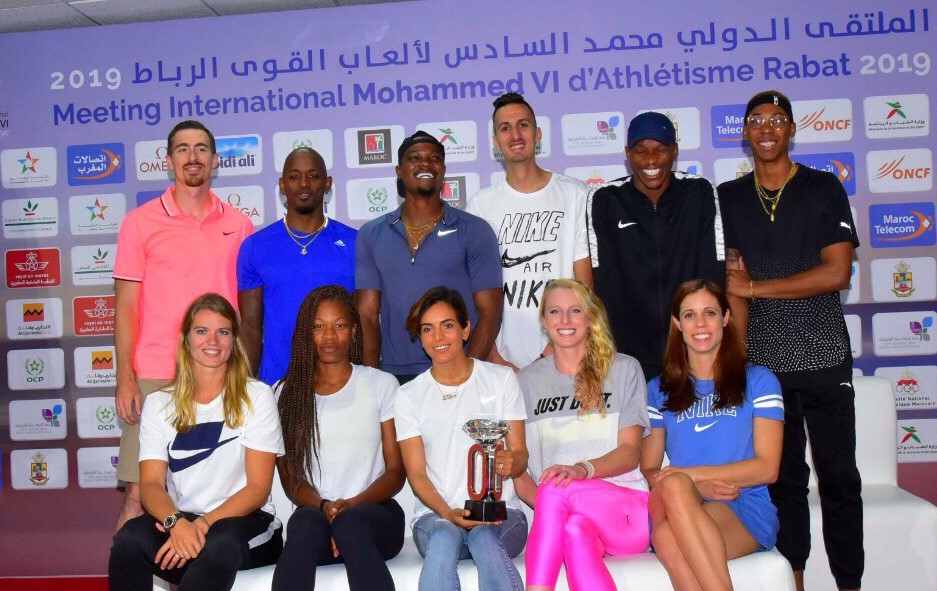 Moroccan vice-World Champion, Soufian Bakkali, expressed his readiness to make a good performance and break the record of the Mohammed VI International Athletics Meeting, the sixth stop of the 2019 Diamond League. He will be one of the favorites in the Steeplechase 3000m Sunday evening, at the Prince Moulay Abdellah Sports Complex in Rabat.

"I am happy to participate in the Mohammed VI Meeting in Rabat, after I had a good start as I got the best time in my victory in the first stop of the Diamond League in Doha, Qatar," said Soufiane el-Bakkali in the press interview dedicated to present some of the prominent athletes participating in the 12th edition of the Meeting.

"It is not enough to have pacemakers to break the world record in the absence of the biggest rivals, especially the Kenyan Conseslus Kipruto (2016 Meeting Record Holder) and the American Evan Jager. Nonetheless I will do my utmost effort particularly that I am close to the Meeting Record”, he added.

He also said: "I will change the way I run and I expect a quick race to break the Meeting Record (8:02.77 m) because I am close to this time. Since my victory in the Doha Meeting, I made strong preparations in Ifran despite the hardships I faced during the Month of Ramadan.
The Moroccan champion Rababe Arafi, a 1500 meter runner, expressed her willingness to break her Personal Best and National Record, after finishing her preparations to make a good race despite the fierce competition.

"Last year I broke my PB and National Record at 3:59.15 and I hope to surpass that and achieve another PB after a good performance in Shanghai in spite of the tiredness of travel.”, she noted.

She added: "At the Roma Meeting I was affected by the length of the travel and the difficulties of training during the end of Ramadan. Nevertheless, I aspire to show a good level during the Rabat Meeting, notably with the participation of the world's most eminent champions:  Genzebe Dibaba, Sifan Hassan and Jennifer Simpson. "

“The competition will be intense which motivates me to accomplish a good timing, and I am utterly ready to perform well to make the Moroccan public happy. Every distance has its special tactics and I do not prefer a race with a fast start.”, she continued.