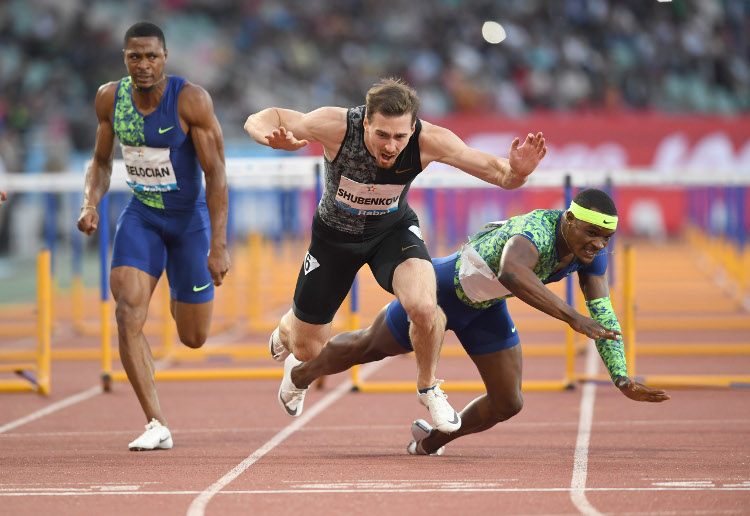 Russian champion Shubenkov Sergey, who plays under the IAAF flag, has broken the record for Meeting International Mohamed VI d’Atheltisme Rabat in 110 meters of hurdles after scoring his best personal achievement at 13.12.

Britain's Pozzi Andrew has secured the second position at 13.30, while Brazilian Gabriel Constantino won the third position at 13.41.
Jamaican champion Omar McLeod fell before reaching the end by a few meters to enter the fifth place at 13.48.
Nigeria's Okagbare Blessing has won the women's 100m race at 11.05. This is her best time of the year ahead of Ivorian Marie-Josée Ta lou Talo, who secured the second position at 11.09. The third position went to Canadian Emmanuel Crystal, who finished the battle at 11.30.
Bahrain's Naser Salwa Eid has scored the year’s best number of 400m women after completing the course at 50.13 seconds ahead of Nigerian Aminatou Seyni, who finished it at 50.24 seconds, breaking her own and national number. Botswana's Christine Botlogetswe followed them, securing the third position at 50.84 seconds.
Canadian Andre de Grase has won the men's 200m race at 20.19 seconds,  while Turkish Guliyev Ramil came second at 20.28 seconds and Ecuador’s Alex Kenonesin the third position at 20.30 seconds.